What to read in May? 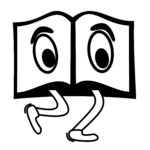 As a writer you should read a lot to learn and get inspired, but not every book is worth reading. That’s why every month I’ll suggest you a few books that can improve your writing skills, inspire you and help you achieve success. Oh, and of course can be a source of pleasure. After all, we all love reading, don’t we?

Donna Tartt, winner of the 2014 Pulitzer Prize for her most recent novel, The Goldfinch, established herself as a major talent with The Secret History, which has become a contemporary classic.

Under the influence of their charismatic classics professor, a group of clever, eccentric misfits at an elite New England college discover a way of thinking and living that is a world away from the humdrum existence of their contemporaries. But when they go beyond the boundaries of normal morality their lives are changed profoundly and forever, and they discover how hard it can be to truly live and how easy it is to kill.

I personally suggest you all the books of this author. You can observe great writing skills, the detailed way in which she describes the ordinary life moments. The plot is so interesting, it’s impossible to stop reading till the very last page.

Raskolnikov, a destitute and desperate former student, wanders alone through the slums of St. Petersburg, deliriously imagining himself above society’s laws. But when he commits a random murder, only suffering ensues. Embarking on a dangerous game of cat and mouse with a suspicious police investigator, Raskolnikov finds the noose of his own guilt tightening around his neck. Only Sonya, a downtrodden prostitute, can offer the chance of redemption.

This is a classic everybody should read more than once – there’s a reason why this book is so famous. Dostoyevsky was, without any doubt, a great writer you should learn from. While reading, pay special attention to the descriptions of the psychological experiences of the main character. You can also compare the way in which Dostoyevski and Tartt describe the influence of crime on the life of the murderer.

Eric-Emmanuel Schmitt, ‘Oscar and the Lady in Pink’

Oscar, a ten-year-old boy who suffers from leukemia, addresses letters to God in which he expresses his fears, joys, hopes and sorrows. With the help of Mamie Rose, a wise and imaginative old lady, he lives a full life over the course of his last few days, and comes to term with his fate.

It’s an amazing and inspiring story. It reminds me a bit ‘The Little Prince’. Very emotioning. 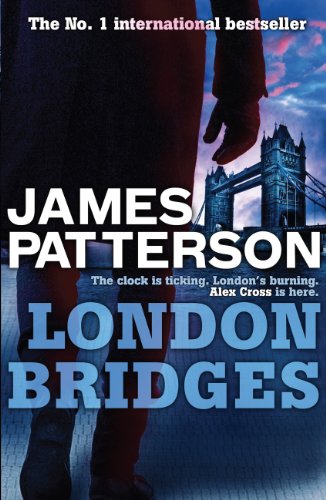 Alex Cross is on vacation when he gets the call. A town in Nevada has been annihilated and the Russian super-criminal known as the Wolf is claiming responsibility. Major cities around the globe are threatened with total destruction and the thought of such dark genius at work makes Alex’s blood run cold. Cross is catapulted into an international chase of astonishing danger. Full of the high-voltage action and enthralling intrigue for which James Patterson is best known, LONDON BRIDGES is an unforgettable thriller that will grip you from cover to cover.

No matter if you like  this kind of stories, you should know the books of the best-selling author in the world. You can observe how he builds the interesting, full of action stories. If you want to learn more from James, you can take his masterclass that I personally suggest. Why have I chosen this book out of so many that James wrote? Because it was the first one I read and after finishing the last page, I wanted to read the next.

Elantris was built on magic and it thrived. But then the magic began to fade and Elantris began to rot. And now its shattered citizens face domination by a powerful Imperium motivated by dogged religious views. Can a young Princess unite the people of Elantris, rediscover the lost magic and lead a rebellion against the imperial zealots?

Brandon Sanderson is a fantasy writer whose imagination is endless. Every book is a complete, new world full of things, you’ve never read about before. ‘Elantris’ was his debut and showed, he is a true storyteller.

Cal Newport, ‘So good they can’t ignore you’

In this eye-opening account, Cal Newport debunks the long-held belief that “follow your passion” is good advice.  Not only is the cliché flawed-preexisting passions are rare and have little to do with how most people end up loving their work-but it can also be dangerous, leading to anxiety and chronic job hopping.

Reading good literature is not enough to be successful. You have to find out how to become really good in what you’re doing and this book will help you. It breaks the stereotypes and shows that some ‘truths’ you’ve been hearing all your life, are wrong. It’s a life-changing book.

Tagged with: book, books, classic, inspire, read, what to read

One thought on “What to read in May?”