‘Quench and Wendy in the Land of Shovan’ by Moshe Forman 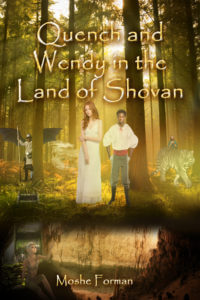 When Quench, a serving lad at a seafarers’ inn, meets Wendy, he experiences true friendship for the first time in his life. When Wendy leaves with her father on a scientific expedition, a heartbroken Quench stows aboard. After the ship is ransacked, they swim ashore to discover a world of strange creatures, vast forests, underground caverns, towering mountains and, most of all, a new sense, the Aura, pulling them into a joint consciousness, deeper than their dreams. However, danger lurks, as forces plotting to overthrow the king exploit Quench and Wendy’s arrival to further their duplicitous agenda.

Thus unfolds a heroic tale of war and insurrection, of deceit and loyalty, of injustice and resistance. Quench and Wendy are mistaken for mystical figures, and although revered, they are never truly free, for their power is manipulated by others in the never-ending wars and power struggles of the Kingdom.
Quench and Wendy come of age against the backdrop of conflict and subterfuge. Their quest to reunite Wendy with her father becomes a longing; for strength, for freedom, for home, and above all, for love. 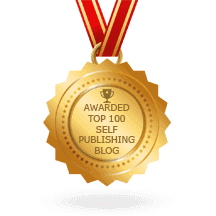